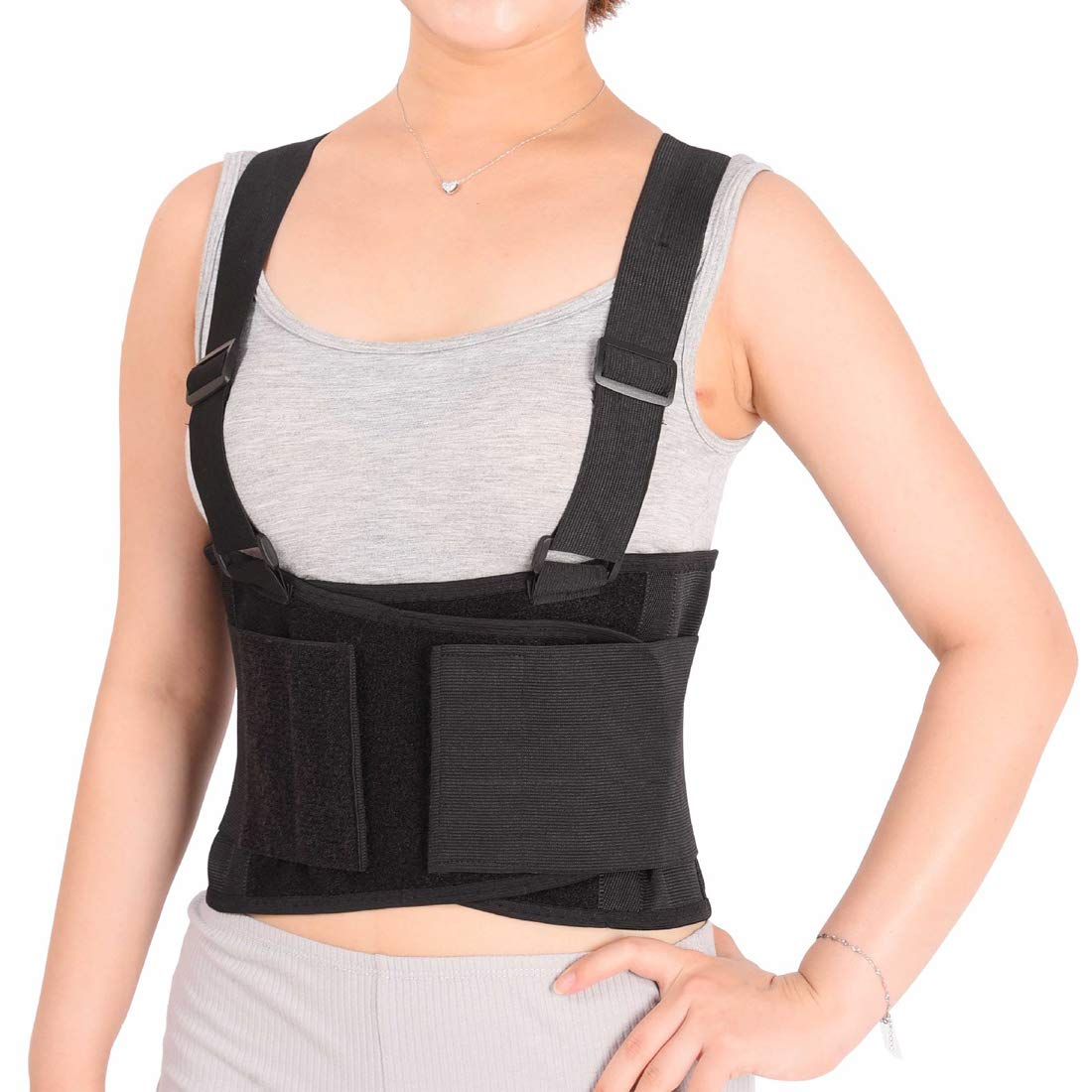 Q1: If I'm in between sizes, which size is best for me? "br" A1: We provide 5 sizes:S-XXL. Since both are adjustable with Velcro straps, we recommend you choose the bigger size and adjust for the best fit. "br""br""b"Q2: Can I wear it under my t-shirt? "br" A2: Although the material of the posture corrector is breathable and skin-friendly, to ensure your comfort we still do NOT recommend wearing it directly touching your skin. "br""br""b"Q3: Can I wear this while I am sleeping? "br" A3: We do NOT recommend you use the posture corrector while you are eating, or sleeping. "br""br""b"Q4: Is it washable? What are the washing instructions? "br" A4: The posture corrector is washable, and we recommend hand-washing to prevent stretching from the machine. When washing please remember: "br" 1. Remove the 2 back brace plates. "br" 2. The temperature of the water should not exceed 86Â°F (30Â°C) and the washing time should not exceed 15 minutes. "br""br""b"Q5: How long can I wear it per day? "br" A5: When you wear it in the early stage, we recommend starting from 20 minutes per day. As your body adapts, you can gradually extend this time.